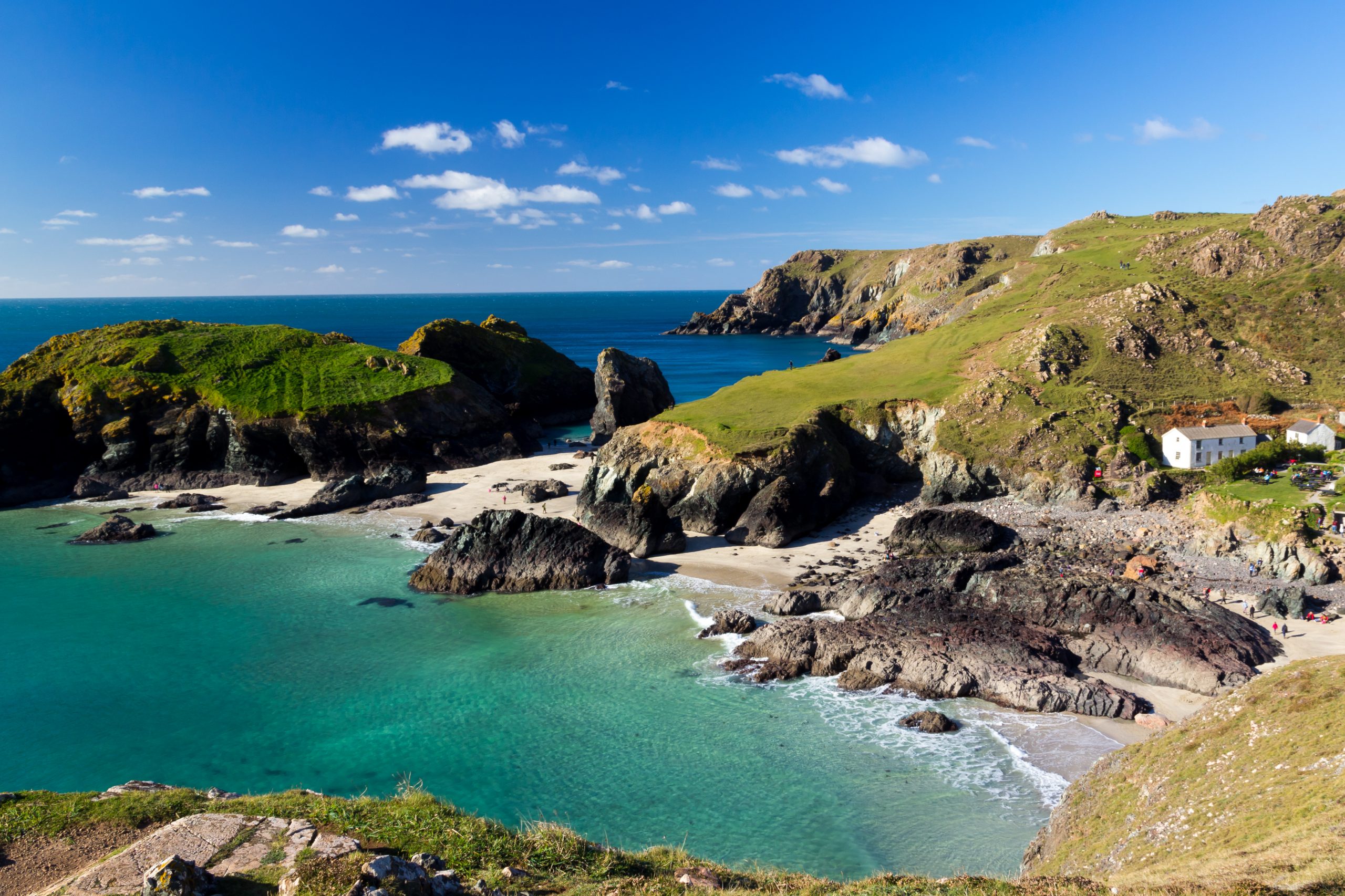 Kynance Cove is located in Cornwall and is best known for its stunning waters and beautiful scenery. Cornwall has always been one of the best destination choices for holidays and when you have beaches such as the one at Kynance Cove it’s not hard to understand why.

Owned by the National Trust, this beautiful piece of Cornwall boasts different types of waters ranging from turquoise to crystal clear waters. The serenity and great landscape of the area make it one of the best places for holidays, breaks and day trips for both families, couples and singles. Like every other holiday, preparation will ensure that you enjoy your stay and experience the best of what Kynance Cove has to offer.

How to get to Kynance Cove

The cove is located near Lizard Point which makes accessing Kynance Cove very easy. You can do so by bus, car or by walking along the South West Coastal path. Vehicles will not get you to the Cove itself, but they will get you close enough, so if you are planning to visit you should be prepared to walk some distance. If you choose to drive, you’ll be pleased to know that there is a National Trust car park where you can park. Although you have to pay, National Trust members can park for free. From the car park, you’ll have to walk the rest of the way, however, it wont take you long. A bus will get you to the Lizard, and from there, you can walk a few miles to the Cove. It’s advisable to take a bus in the afternoon or mid-morning when the car park is full. Since it is only one car park, it can be difficult to find a spot for your car. Walking is the ideal option for those who are seeking adventure. The landscape and the challenges make taking a walk more like taking a hike. It’s not a long-distance, but you should still be well prepared to tackle the cliffs and the rugged landscape before you begin.

Kynance Cove has a lot of options in terms of activities that tourists can get involved in. If you visit when the tide is low, you can explore the caves along the beaches or even opt for rock climbing adventures or rock pooling. If you prefer more relaxing activities then swimming is a good idea. However, its advisable to do this in pairs and not go far into the sea because there are no lifeguards and the tides can get very strong. There is also the possibility to get cut off by the tide so please take notice of any signs that you see.

If you don’t fancy going into the water then you could always sit on the beach and sunbathe, play games or build sandcastles as you enjoy the soothing sounds of the sea waves. If getting covered in sand isn’t your idea of fun, then resting at the clifftops is an alternative. From there you’ll enjoy amazing sceneries such as the turquoise water, the white sandy beaches, and the serpentine rocks. Don’t forget to take your camera with you. Some of the best photos of Cornwall’s coast have been taken around Kynance Cove. 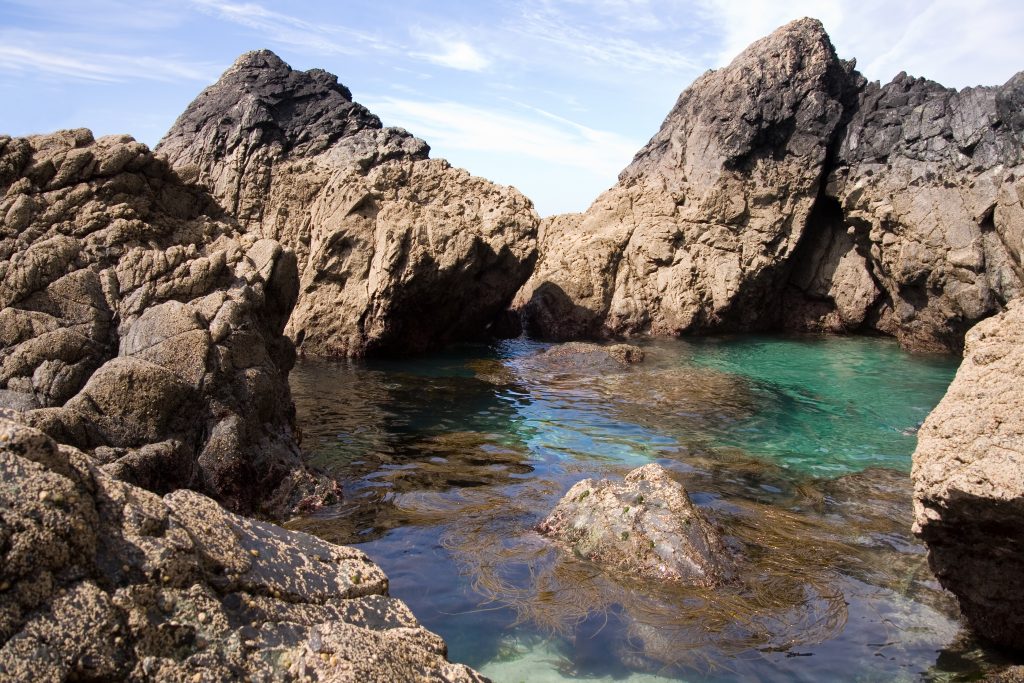 Given all the amazing things that Kynance Cove has to offer, you need to have the right timing to enjoy it all, especially if you don’t like large crowds. The Cove does become crowded during specific times especially when the weather is nice. The National Trust opens up the place from Easter to October, which means you have any time within that window to visit. However, most people prefer to go there during summer which means that that is when the car park and the facilities become full. This overcrowding can be a hindrance to your plans because it can make certain places inaccessible. Visiting during July and August is when most people prefer to visit so you may prefer to head there either earlier or later in the day. May, June, and September are good because there are fewer people, but the weather can be a problem. You have to plan well, depending on the weather. 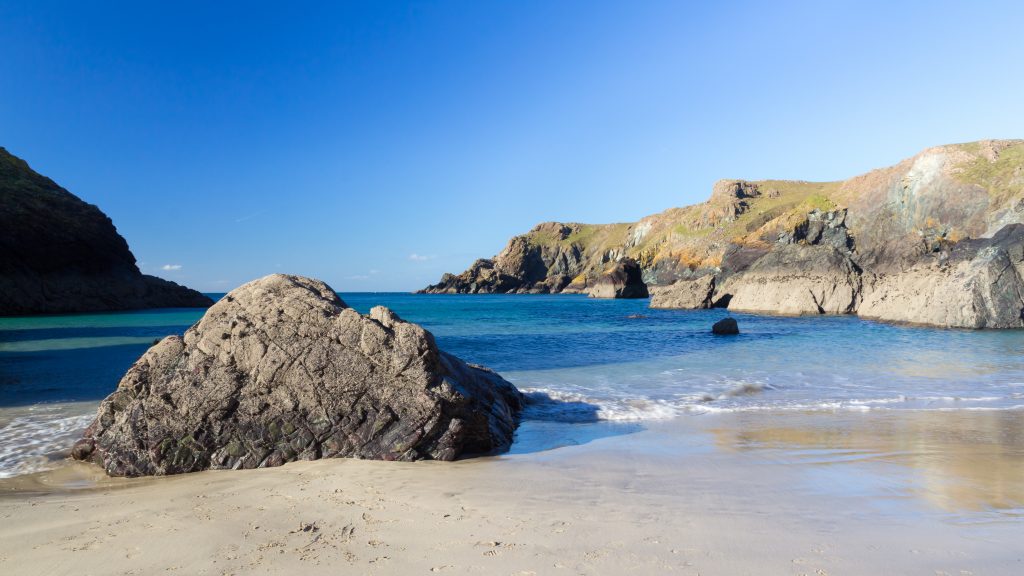 Kynance Cove has a couple of bathrooms that are located in the car park and others at the bottom of the cove. Only one of them, the one in the bottom of the cove is open al the time. If you have a toddler or a baby, you should avoid taking a pram up there. It is not prohibited, but the path isn’t smooth, which means that you’ll struggle to push the pram. A wheelchair can also be a problem because of the steep track, especially when you’re coming back to the car park. The Kynance Cove Cafe is ideally located to give you an amazing view as you enjoy your meals and is perfect for those who don’t bring any snacks for their visit.

Kynance Cove Cafe has been run by Luke and Victoria Donovan for over 20 years. They take an enormous amount of pride in what they do ensuring that they use local produce and supplies as much as they possibly can.

Their menu boasts a fantastic range of food and drink including freshly made baguettes, salads, sandwiches, jacket potatoes, and of course the iconic pasty. You’ll also find a great variety of cooked meals, cakes and pastries, soft drinks, tea, coffee, and local beers and cider.

Dogs are usually allowed, but not all the time because during high season there are restrictions in place. The high season is between Easter and October, but during other times of the year, you’re free to bring your dog for as long as you like.

If there’s one thing that you’ll find a lot of in Cornwall it’s fantastic places to stay. There are all different types of accommodation, from campsites and b&bs to fancy hotels and luxury accommodation. If you’re looking for somewhere special to stay with that extra bit of something then have a look at Luxury Cornish Breaks. You’ll find a whole host of luxury accommodation including holiday cottages, farms, and even lighthouses.

Getting to the Cove from the car park

Once you get to the car park, you will see signs from the entrance of the Cove to the other parts. The entrance has two paths, one of which is the steps and should be used during low tides. The steps provide the shortest path to the Cove, but if the tide is high, then it will be more challenging. There are some rocks scattered around at the bottom of the steps which means that you’ll have to be careful as you maneuver them. They don’t present a lot of danger, and they only cover a small section, but you should still be cautious so that you don’t get injured.

Another option is to take the sloping track. There are no stairs here, but it is the best way if you visit the Cove during high tide. This is a long path that will take you at least 15 minutes, and it leads to the cafe with the viewpoint straight to the beaches. The viewpoint ensures that you still have fun at this Cornwall treasure, but you should still be careful because there aren’t any barriers or fences. Be extra careful if you decide to bring your children with you. To make the most out of your trip, plan properly so that you arrive when the tide is going out. That way, you’ll enjoy the beach then move to the viewpoint when the tide comes back.

Where is Kynance Cove in Cornwall? – Kynance Cove is located on the Lizard Peninsula approximately 2 miles to the west of Lizard Point.

How far is Kynance Cove from the Lizard? – Kynance Cove is only 2 miles to the west of the Lizard via the South West Coastal footpath or slightly longer by car.

Is Kynance Cove dog friendly? – Dogs are allowed on the beach during low season but there are restrictions in place during high season.